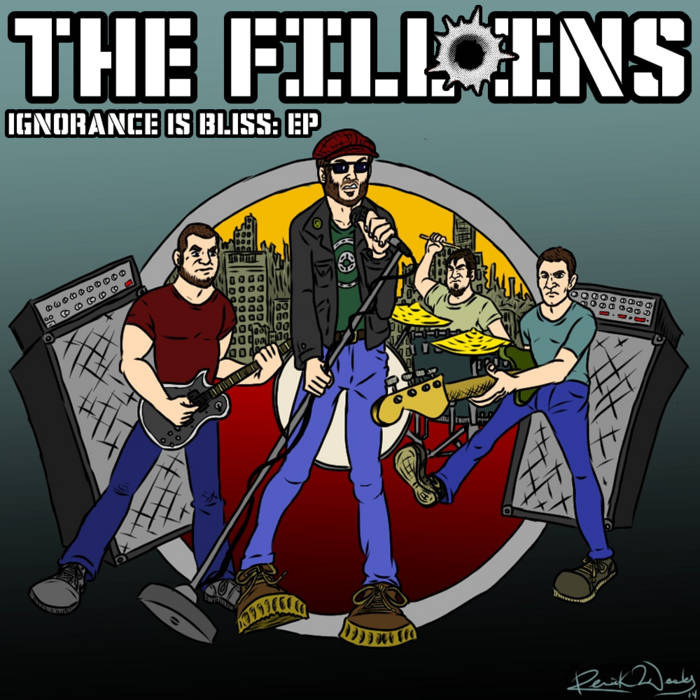 Shortly following the release of "Hipster Killers" and landing a show with local hard rock group "No Power No Crown", Alex Stiff was introduced to guitarist Steve Coleman; the owner and producer at Fithman Studios. After chatting for a little while, Steve invited the band to his studio to record a track with him to see how we work together. We went home and learned a version of The Ramones' song "Ignorance Is Bliss" and blasted out the recording session in a single day, eventually leading to a long term relationship with Fithman Studios.
Tracks 2-4 were recorded live at The Milestone club in Charlotte NC by Dane Abernathy exactly one day later. This EP is a snapshot of the ending of 2014 for The Fill Ins and the hard hitting direction they were heading for 2015.