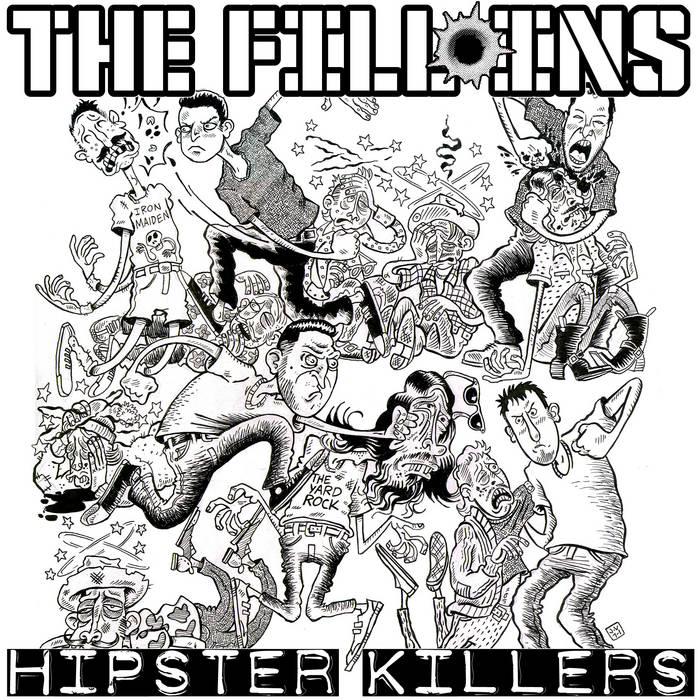 "Hipster Killers" was the first full debut album from The Fill Ins. This was recorded in 2 days at Backyard Studios when the boys went to bassist of ANTiSEEN; Barry Hannibal to help record these songs we've been working on for a long time. All the tracks were recorded live within one to two takes, really capturing the direction the band was headed. Never Say Die quickly became a live favorite due to it's fast pacing punk rhythm and attack, while Save The Rock is still played to this day.
Released under Scatboy Records and mixed / mastered by Alex Stiff and Jon Bowman; this album is a combination of songs Alex and others had worked on from 2010-2013, finally getting them recorded and on one disc. PJ Soles (AKA: Riff Randell from The Ramones movie "Rock n Roll High School" and the cult horror classic "Halloween") was even kind enough to give an into to our battle cry, "Save The Rock" in true Riff Randell style.
Hipster Killers was very important in the band's history; between the sleepless nights mixing and mastering at home, to finally releasing it for folks to hear, it was truly a labor of love.


*NOTE, IT SAYS YOU GET A FULL MP3 DOWNLOAD OF THE ALBUM WHEN YOU PURCHASE THE PHYSICAL CD, BUT THAT IS FALSE. IT WILL DOWNLOAD THE 30sec CLIPS UPLOADED FOR BANDCAMP*