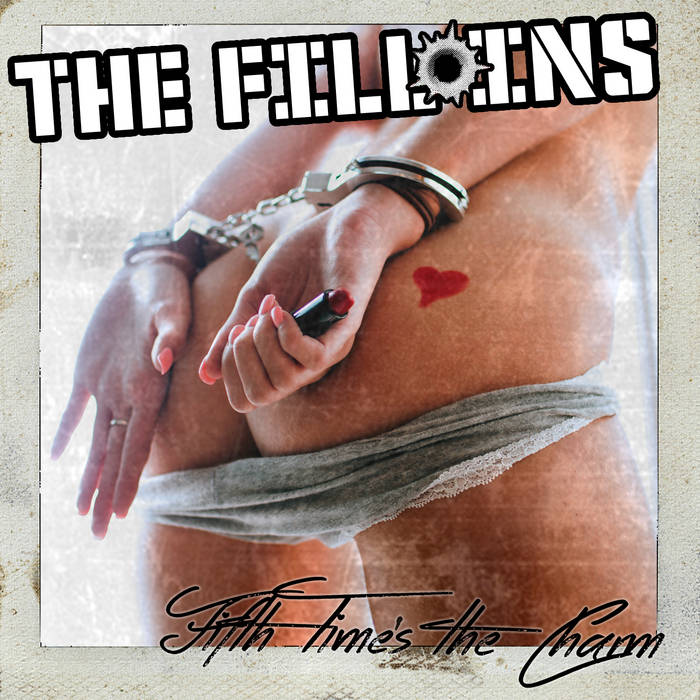 "5th Time's The Charm" was the 2nd album from The Fill Ins, and the first full record recorded at Fithman Studios and released under Scatboy Records.
After the release of "Hipster Killers" and the "Ignorance" digital EP, The Fill Ins were hungry and ready for the next album, so the band went back into their caves and started working on the follow up. They knew they didn't want to just re-create Hipster Killers again, and had a lot to prove with the new record. With the first album, Alex was the main songwriter as he was the only consistent member from 2010 til those recordings, now that this band was ready for a second album, James and Mikey started to showcase their writing talents on songs like "Spit In My Face" and "Morning After", only making the band stronger.
This album saw the group try some different styles that they had not touched before, and improving on the raw sound they were cultivating.
The song "Spit In My Face" saw the band landing some local and regional radio play and has been part of every set since conception due to the reaction of fans and critics alike; including a fan-filmed music video exclusively on BlankTV's YouTube page.


"This is truly a fantastic album full of catchy yet raging songs, top notch playing, and a perfect mix of angst and joy that it gives it balance." CHRIS MARTIAN - MY GLOBAL MAGAZINE

"This band will put a beating on your eardrums with their brash style of no-frills rock ‘n’ roll. With plenty of attitude and strong opinions, their music is frantic, in-your-face and not for those who are easily offended. If you’re looking for a new album similar to what you’ll hear on most “new rock” FM stations then keep on looking, but if you’re looking for for an album full of loud guitars, short, fast paced tunes, then look no further." KEVIN ROBBINS - SHUTTER 16 MAGAZINE